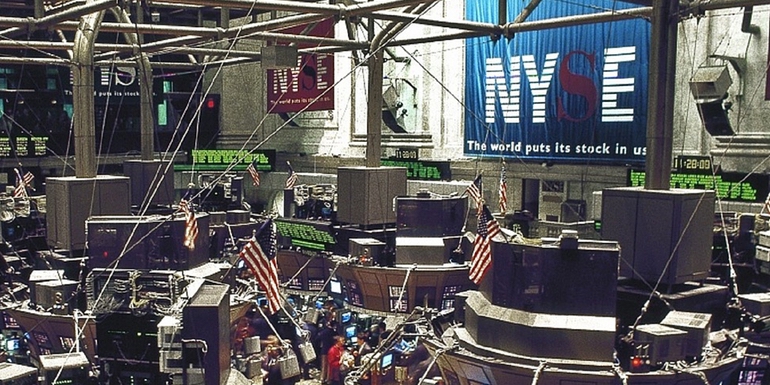 Investors know that Bitcoin’s speculative potential is nearly unlimited, and could even one day become the world’s single currency. For some time, Bitcoin has been used more as a speculative investment vehicle and store of value than being used as it was originally intended by Satoshi Nakamoto: to be a peer-to-peer digital cash system, used to conduct everyday transactions as a currency.

Fundamentally, this has been a challenge due to slow transaction speeds, high fees, and a distinct lack of merchants accepting Bitcoin as a means to pay for everyday items such as coffee. All that is about to change, however, as the owner of the New York Stock Exchange (NYSE) has ambitious plans to legitimize Bitcoin, increase adoption, and to help Bitcoin become a mainstream currency.

Intercontinental Exchange – the operator that owns NYSE and number of other marketplaces – has announced the formation of a new startup called Bakkt. Bakkt will use Microsoft’s cloud solutions to build “an open and regulated, global ecosystem for digital assets.” Bakkt will partner with the likes of Microsoft, Starbucks, and Boston Consulting Group to launch the platform with the goal of enabling “consumers and institutions to buy, sell, store and spend digital assets on a seamless global network.”

ICE, which calls Bitcoin “the most liquid cryptocurrency” will list a physically-settled Bitcoin futures product, along with physical warehousing. Proper custodial services from trusted financial entities has long been a hurdle for institutional investors to getting into cryptocurrency. The hope here is that a respected and trusted entity like ICE will leave larger investors less hesitant to take a risk with cryptocurrency.

“In bringing regulated, connected infrastructure together with institutional and consumer applications for digital assets, we aim to build confidence in the asset class on a global scale, consistent with our track record of bringing transparency and trust to previously unregulated markets.”

In addition to its Bitcoin futures product, Bakkt will eventually become a full-featured digital asset platform allowing consumers to seamlessly convert cryptocurrency holdings into USD at retailer partners like Starbucks, offering an easy way to pay for that Venti Iced Cold Brew you order each morning.

As one of the first retail partners and a pioneer in mobile payments, Vice President of Partnerships and Payments for Starbucks Maria Smith added:

“As the flagship retailer, Starbucks will play a pivotal role in developing practical, trusted and regulated applications for consumers to convert their digital assets into US dollars for use at Starbucks. As a leader in Mobile Pay to our more than 15 million Starbucks Rewards members, Starbucks is committed to innovation for expanding payment options for our customers.”

Bakkt is “currently in preparation for launch” and will announce further details in “the coming weeks.”